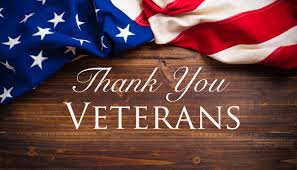 I joined six months after graduating high school. I was on lunch break one afternoon and I started to think about what I was doing with myself and how I turned out just like everyone else had. I realized I needed to do something to change my life around. So, I decided to join a military 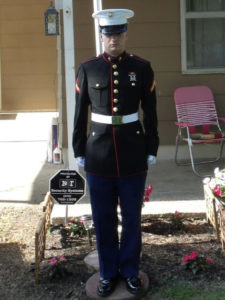 branch and become a better version of myself. Now nearly every male member of my family has served in the military, but only two to my knowledge joined the United States Marine Corps. I quit my job two weeks after that and drove to the nearest Marine Corps recruiter’s office to join.

Boot camp was basically thirteen weeks in hell. I joined using the buddy system, which means you got to go through boot camp with a friend who also joined. During those thirteen weeks the drill instructors did their best to break us down into nothing and to mold us back up into a basically trained Marine. It was the toughest thirteen weeks of my entire life; nothing has come close to topping it. There were times I questioned why I chose this route, and what purpose did my life serve. About seven weeks in my mindset changed and I realized things wouldn’t always be this way and if I could make it through this nothing else could phase me. I soon became part of a brotherhood that has stood the test of time, since November 10th 1775, and would carry on for many generations to come. After graduating boot camp, I stood a little taller, held my head high with pride, and carried myself with a sense of honor most men could only dream of. To this day I’m still standing tall.

I served at Marine Corps base Camp Pendleton, CA just North of San Diego. During my time on base, I worked most often in the armory and as a mechanic in the motor pool per my MOS 3531, motor transportation operator. Always more work to be done then you had time for but somehow found the time to do it.

I feel as though my service in the military has given me a better viewpoint on life and prepared me for hardships to come later in life. If I hadn’t joined, I don’t think I would be the same person I am today or be where I am today. Before the military I was a shy young man who didn’t like being around other people, wasn’t outspoken or very forward thinking. I think back to those days and wonder how I was ever that person. And then I remember, without all the people I’ve met and all the experiences I had I would’ve never become who I am today. Even now as an adult I am still learning and growing with every new experience.

My advice to the young men and women who are thinking about joining the military or are just wondering about it, I say this; If you want to travel and see the world for all it has to offer then join. If you want to become a symbol of hope to your country then join. Just remember, that if you are going to join, do it for yourself above all else. Doesn’t matter what military branch you choose. You as a person will change for the better and your viewpoints will change as well. Military life teaches you how to respect others, even the enemy. How to be courageous when in a tight spot, and to be the better person and help those who need you the most, no matter the cost. It is a life course with high winds and rough seas, but if you can weather it, you’ll become a better version of yourself.

The military has a few parallels with New Directions. They both do their best to instill a set of principals that will further a persons growth and hopefully point that person in a “new direction”. They have people (staff) in place to help the younger generations move forward in their lives and are always there for them when needed. We may not be their parents or guardians, but we do our best to go above and beyond the call of duty, such as is in the military. Working with children is really pretty awesome, getting to see them grow and mature, being there when they experience new things. Nothing beats that.